Chefchaouen: the Blue Village in Morocco 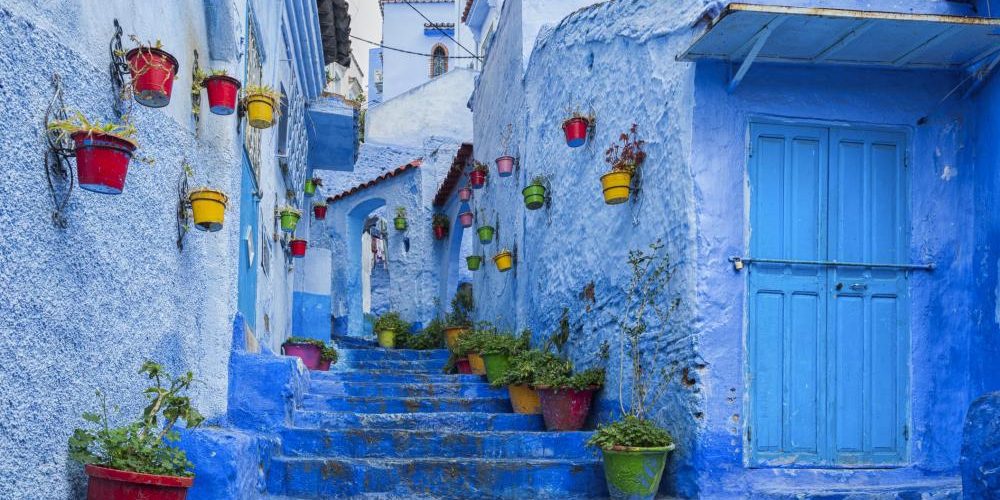 In the north of Morocco is the city of Chefchaouen, entirely built in blue and white. This relaxed city has an enchanted medina and is known for its weed production.

This relaxed city has an enchanted medina and is known for its weed production. Chefchaouen (or Chaouen) owes its name to the peaks overlooking the city that resemble the horns of an animal. In Berber, “Achaouen” means “horns”. It is a city where you can spend a few days in peace and quiet, partly thanks to the relaxed atmosphere that prevails there and which is probably due to the hemp plantations nearby.

Discover Chefchaouen with a private driver 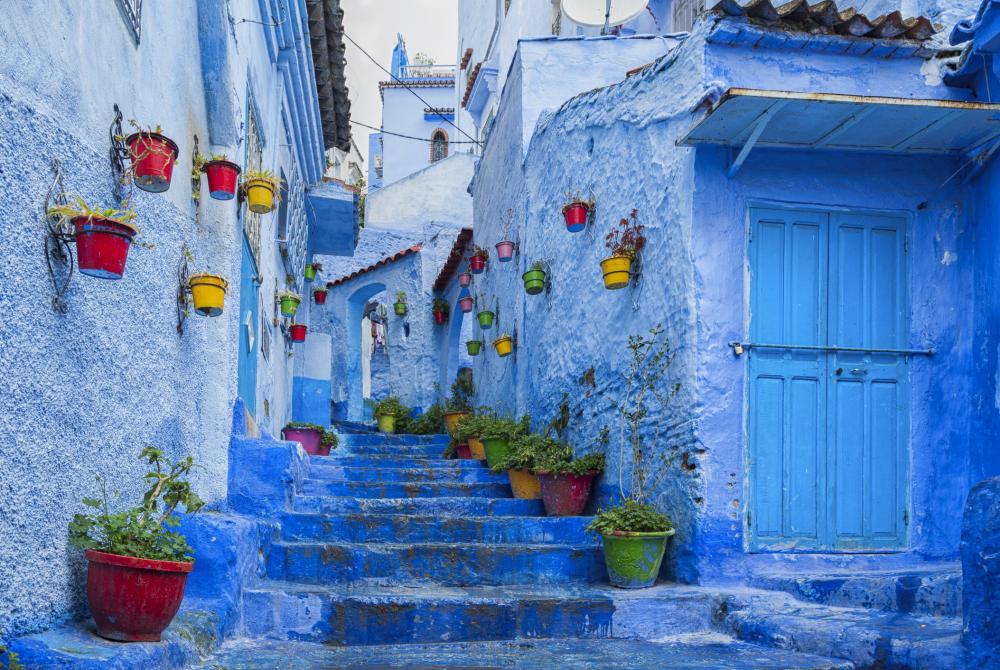 What also strikes Chefchaouen are the blue buildings: light blue, dark blue, indigo blue, azure blue to sky blue. Chefchaouen’s nickname is “The Blue Village” and all the buildings in the medina are painted in blue and white. This tradition goes back to the time when Jewish refugees lived here. The city was founded in 1471, after the Spanish Reconquista, by Moorish and Jewish refugees from Spain. The mountain village was used as a fortress against the Portuguese who invaded Morocco.

Chefchaoun is beautifully located in a valley with surrounding horn-shaped mountains. There are several hiking trails that go into the mountains, where you arrive at places with sparkling panoramas. For example, you can climb the Jebel el-Kelaâ from a height of 1,616 metres, which offers a view of Chefchaouen, but you can also explore the medina itself on foot. Shoppers can also go there and thanks to the relaxed atmosphere, the vendors are not as intrusive as elsewhere in Morocco. Just outside the city are the marijuana grow ops and you will often be asked if you don’t want to smoke something.

How useful was this?

No votes so far! Be the first to rate this post.